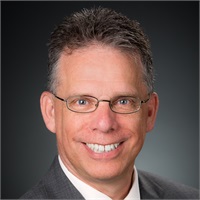 Dave Kaplan supports advisors as Cornerstone Wealth Management's compliance analyst. He received his undergraduate degree in journalism from the University of Illinois in 1982, and later earned his M.B.A at Washington University in St. Louis in 1987.

After working in product management for General Mills and Vlasic Foods, Dave began his financial career in the life insurance industry in 1990. In 1996, Dave became a financial advisor for Edward Jones. In 2009, Dave moved his financial practice to Cornerstone Wealth Management as an independent advisor, in order to broaden the investment choices he could utilize in managing his clients' portfolios.

Dave has been married since 1989 to his wonderful wife, Libbie. Together they have two great kids, Abbie and Sam, and one spoiled puppy, Patch.